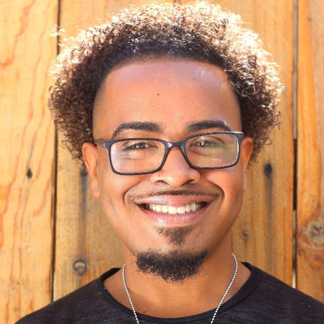 Born and raised in San Diego, Terrell studied at Bellus Academy also known as the Harvard University of Beauty Schools. Terrell became certified in S.T.A.R. (shape, technique, action, and result) technique, studying under Wellas top leading Creative Directors.
A student council President and Valedictorian he worked as the lead hairstylist for a wedding team before being hired on to Bellus as a styling educator. Placing semi-finalist in a national cut and color contest, as well as grand prize winner of project runway all stars hair contest 2013. Terrell continued to study advanced cut and color at the Kingly Group and Wellas Studios. Hair is Terrell’s life and he loves nothing more than making people feel and look amazing in the inside and out.